We often think of estrogen as “the female hormone” but that is not really true.  Both men and women make estrogens and depend on them for many physiologic functions. Estrogen receptors are distributed widely throughout our bodies. They have a major impact on the reproductive organs but also influence the brain, immune, gastrointestinal, cardiovascular, and even adipose tissue functions. Of course, women have higher levels of estrogens than men, just as men have more testosterone. But both hormones are of major importance in both sexes.

I use the term “estrogens” because, in fact, there really is no single hormone called estrogen.  Estrogens are a group of hormones of similar structure that are found in all mammals. There are many different kinds of estrogens. Human beings produce only 3 estrogens: Estrone, estradiol, and Estriol. These are the “bio-identical estrogens”.    Other estrogens, such as those derived from animals, or synthetic estrogens, are often used for hormone replacement therapy and in oral contraceptives.  Bioidentical means that the product that is administered is either Estrone, Estradiol or Estriol. Non-bioidentical estrogens refer to any estrogen product other than the 3 human estrogens and may include those from other species or synthetic hormone forms. 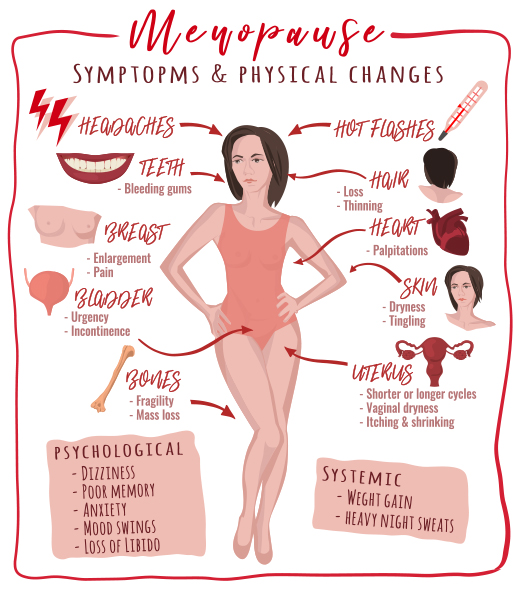 Hormone replacement therapy is often offered to women who are experiencing physiologic changes of menopause. Many women experience a host of unpleasant symptoms during this time, including hot flashes, night sweats, difficulty sleeping, loss of libido, mood changes, difficulty with concentration and memory, changes in skin and hair, weight gain, heart palpitations, vaginal dryness, and urinary symptoms. In addition, we know that a number of age-related changes begin to occur, even if asymptomatic, such a loss of bone density (increasing the risk of osteoporosis), changes in body composition, and an increase in cardiovascular problems. Many of these changes are a consequence of the loss of estrogens and estrogen replacement can make a huge difference for many women.

For many years, estrogen replacement therapy (ERT) for women in North American mostly involved the use of Premarin, which was introduced to the market in 1942. Premarin contains a mixture of up to 50 different estrogens and is derived from pregnant mares, thus the generic name “conjugated equine estrogens”. Premarin is very effective in treating menopausal symptoms, as well as preventing bone loss, genitourinary problems, and preserving youthful skin and hair. Everything changed in 2002 when the results of the Women’s Health Initiative (WHI)were published. The WHI started in 1991 and followed over 27,000 women and compared those on HRT (most of whom were on Premarin, not bioidentical estrogen) with untreated women.  The investigators found women on HRT experienced a significant increase in breast cancer, cardiovascular disease, and blood clots. Overnight, the treatment of postmenopausal women changed dramatically.

Following the publication of the Women’s Health Initiative, many physicians stopped prescribing HRT altogether. Women struggling with often severe and disruptive menopausal symptoms were simply out of luck. Instead, antidepressants and various vitamins, creams, and nutritional supplements were often prescribed with limited success. After all, the problem results from the loss of hormones, so why should an antidepressant help?

Here come bioidentical hormones! It turns out that in Europe, where bioidentical estrogens were used more often than Premarin, studies did not demonstrate the increase in breast cancer, heart disease, strokes and blood clots observed in the WHI. And thus a movement to address this most important issue in women’s health in a safe and effective manner began to emerge in the US. Many women’s advocates, notably Suzanne Somers and Oprah Winfrey began to talk about bio-identical hormones and how important properly administered HRT can safely and effectively help so many women sufferers. 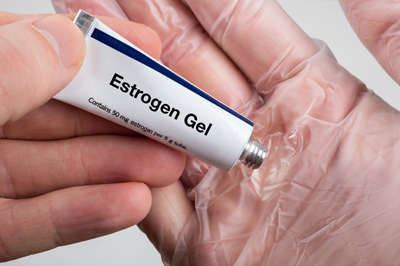 In some circles, the concept of bio-identical HRT vs traditional HRT remains controversial. Despite lots of published medical literature, some physicians remain unconvinced that there is a substantial difference between bio-identical and synthetic estrogen therapy. These physicians associate the findings of the WHI with any form of HRT. But the tide is changing and more and more physicians have come to recognize that carefully administered and monitored bio-identical HRT is quite safe and very effective and protects women from osteoporosis, cardiovascular and cerebrovascular disease, dementia, and has general anti-aging properties.

Some of the lessons that have been learned in recent years include the following:

-Bio-identical hormone therapy is the preferred form of HRT

-Estrogens should not be taken orally. Preferred means of administration are creams, patches, sublingual troches, and pellets.

-Progesterone should always be given with estrogen therapy. It had been known for years that estrogens increase the risk of endometrial uterine cancer, but when Progesterone is added to the regimen, this cancer risk is eliminated. Therefore, women with an intact uterus were treated with both hormone products. But for those women who have undergone a hysterectomy, progesterone should still be given with estrogens in order to balance the hormone effects. There is also some evidence that when progesterone is included with estrogen therapy, breast cancer risk is reduced.

-Progesterone should also be provided in its bio-identical form, not synthetic progestins.

-The risk of breast cancer appears to be much lower when bioidentical estrogens are used, in contrast to synthetic forms. But there still appears to be a slight increase in risk, when compared to non-users. Therefore, all women on HRT should undergo regular breast examinations and mammography.

Take Control of Your Health

As the captain of your personal health team, you must speak up and advocate for yourself.

Plan your visit to our Clinic